‘The skull of a brown capuchin monkey from the Boyaca region of Colombia. Historically this species was found across the forests on the slopes of the eastern Andes and the Orinoco region of the country. Nowadays, deforestation due to agriculture and cattle is reducing the populations specially in the Orinoco. This species is also a victim of illegal trafficking and used in the pet trade and local medical research.’ 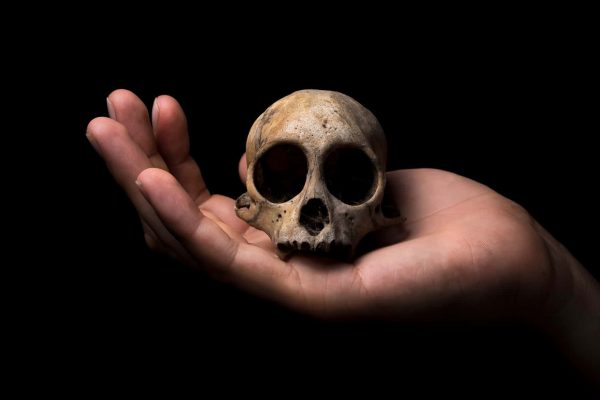 2° Photo by Karine Aigner @kaigner.
‘African wild dogs are one of Africa’s most endangered carnivores. With numbers once at half a million individuals, there are now less than 7,000 across the continent. Habitat loss/fragmentation, domestic canine diseases (rabies and distemper), snaring, car collisions and persecution (poisoning and shooting) have led to the demise of the species.’ 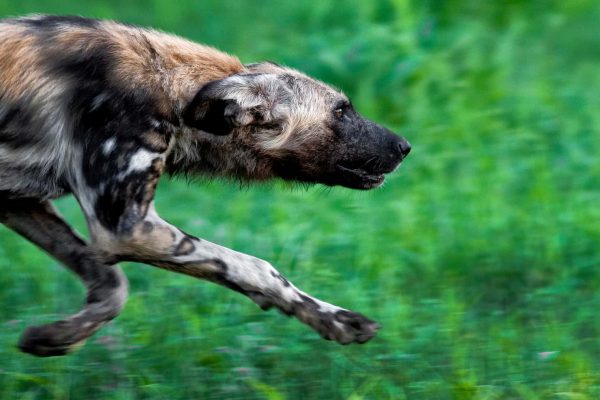 ‘A white stork waiting for food that will be arriving shortly after sunrise at this landfill in Portugal. White storks traditionally make an epic annual migration from Europe to west Africa, flying thousands of kilometres to find seasonal food. But the prospect of an easy meal much closer to home is starting to replace the long-distance pilgrimage. Vast landfills in southern Europe and north Africa are too tempting to pass up.’ 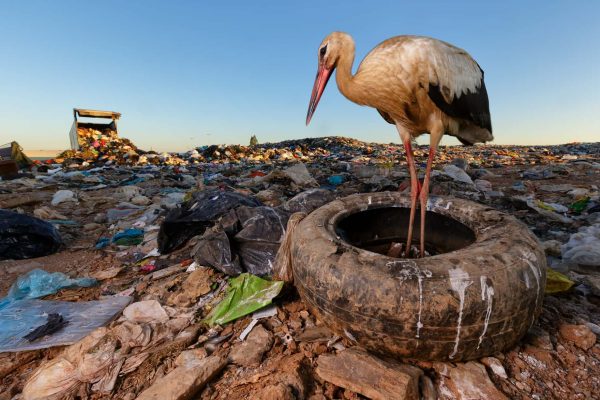 4° Image by Patrick Brown @patrickbrownphoto.
‘A large bull elephant sits with its legs chained in Chitwan national park [in Nepal]. This 50-year-old was restrained because he had killed five mahouts (handlers) during his lifetime. Elephants are now being used as walking guides in the jungle rather than as traditional – and cruel – tourist transport. This marks a growing trend in the tourist industry as the welfare of animals becomes increasingly important to travellers and tour organisers.’ 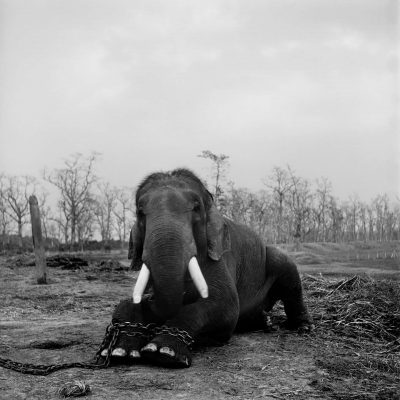 5° Image by Shane Gross@shanegrossphoto.
‘My dive buddy came across this drowned green sea turtle. Turtles need to surface to breath, and the fishing line she was tangled in was too short for her to reach the surface, the other end snagged in the reef. All sea turtle species are endangered and entanglements are a major threat. After removing the fishing gear so it would not claim any other victims we buried her in the sand.’ 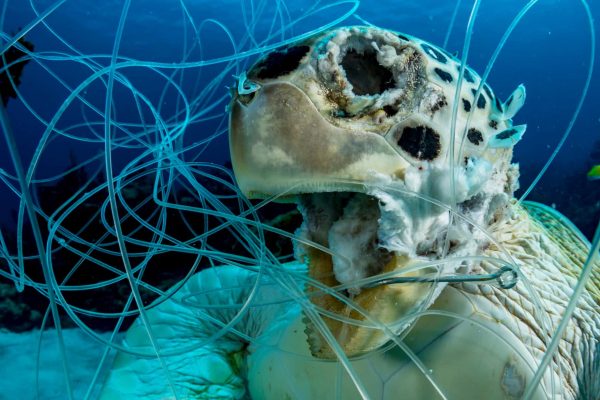 6° Image by Marcus Westberg@lifethroughalensphotography.
‘At Senkwekwe, the world’s only mountain gorilla sanctuary [in Virunga National Park in the Democratic Republic of Congo], Papa Andre Bauma plays and cuddles with 10-year old Ndakasi. Ndakasi was orphaned when she was two months old, and she spent most of that traumatic night inside Bauma’s shirt, pressed tightly against his chest. Their bond remains incredibly strong, and although Bauma is father – or rather mother – to the sanctuary’s other mountain gorillas too, his relationship with Ndakasi is unique.’ 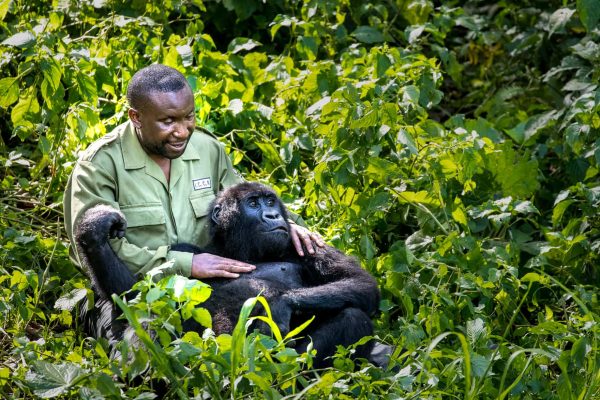 7° Image by Kieran Dodds@kierandodds.
‘A slain European bee-eater lies on a veterinarian’s table after being shot on spring migration. Hunting is an intrinsic part of Maltese life, and people don’t take kindly to outsiders telling them to stop. The thing is, these birds are not theirs to shoot – they’re passing through, they don’t belong to anyone. Malta lies between the African and European continents and acts as a stepping stone for migrating birds every spring and autumn.’ 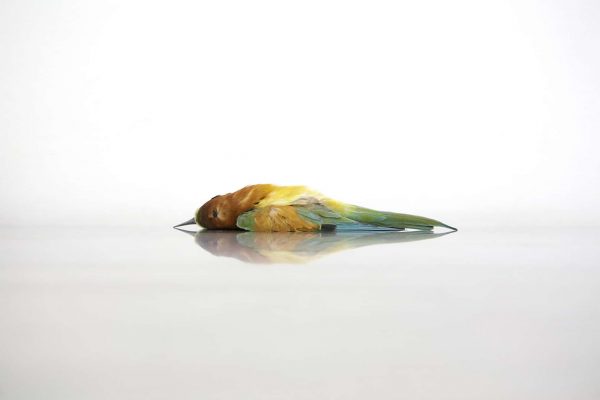 8° Image by Tristan Spinski @tspinski.
‘Tiger, leopard and other big cat trophies, in the National Wildlife Property Repository, a warehouse on the outskirts of Denver packed with illegal animal parts and products … Many are made of threatened or endangered species … Most is contraband, seized at major ports of entry around the United States. Collectively, the facility and the 1.3 million products within its walls represent an evidence vault. One that testifies to an economy serving the human appetite for other species.’ 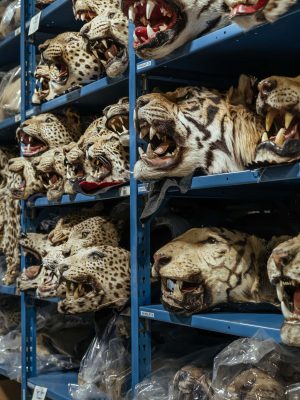 9° Image by Sean Gallagher@sean_gallagher_photo.
‘A giant salamander sits in a shallow pool in an enclosure at the Wuhan zoo in central China. It is surrounded by coins which visitors have thrown into the water with the aim of getting the coins to land on the animal, for “luck”. A 2017 article – China’s terrible zoos and why they’re still thriving – has reignited the debate over the rights of animals in captivity. Attitudes towards animals and their treatment is changing in China, notably amongst the younger generation, however there is still a long way to go.’ 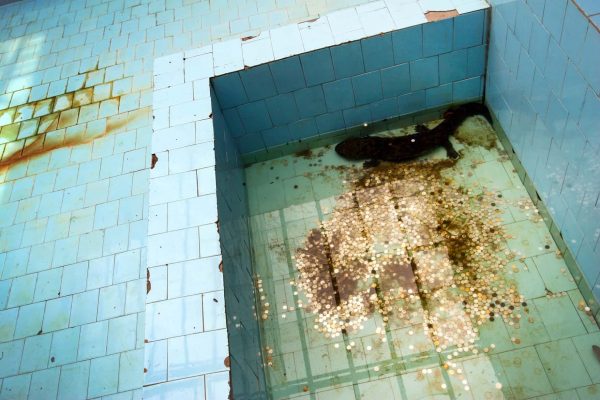 10° Image by David Chancellor@chancellordavid.
‘Poaching has escalated exponentially in the past decade; more than 7,000 rhinos have been killed in the past 10 years alone, and the WWF estimates that 20,000 to 30,000 African elephants are killed each year for their tusks.’ 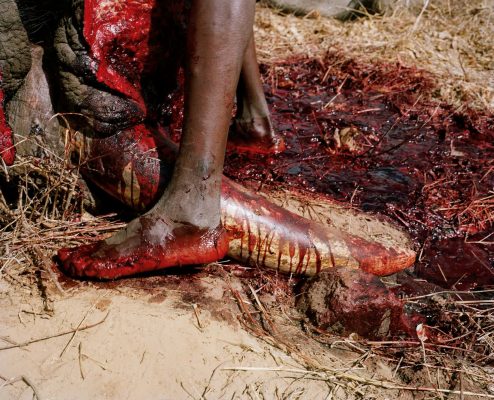 11° Image by Adrian Steirn@AdrianSteirn.
‘This was Hope, a four-year-old South African female white rhino who was attacked by poachers in 2015. She’d been darted with tranquillising drugs and her horn was hacked off, she was then left for dead. Against all odds, she survived. But despite all efforts taken to ensure Hope was able to live a normal life, she succumbed to a bacterial infection in late 2016 after enduring several gruelling operations. Hope’s story may have ended, but her legacy lives on, and she has given new energy to those fighting to save this beautiful species.’ 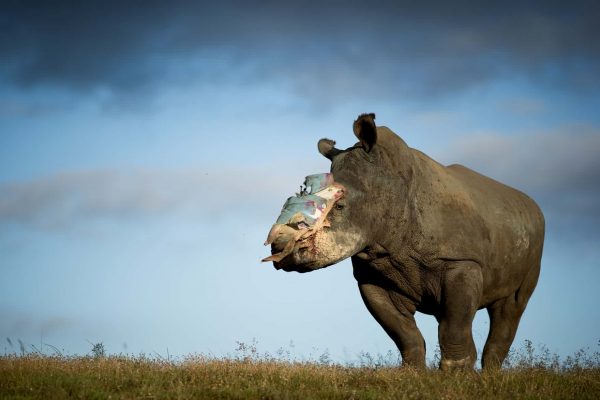 HELP SAVE THE ENDANGERED SPECIES – 15% GO TO SANCTUARIES 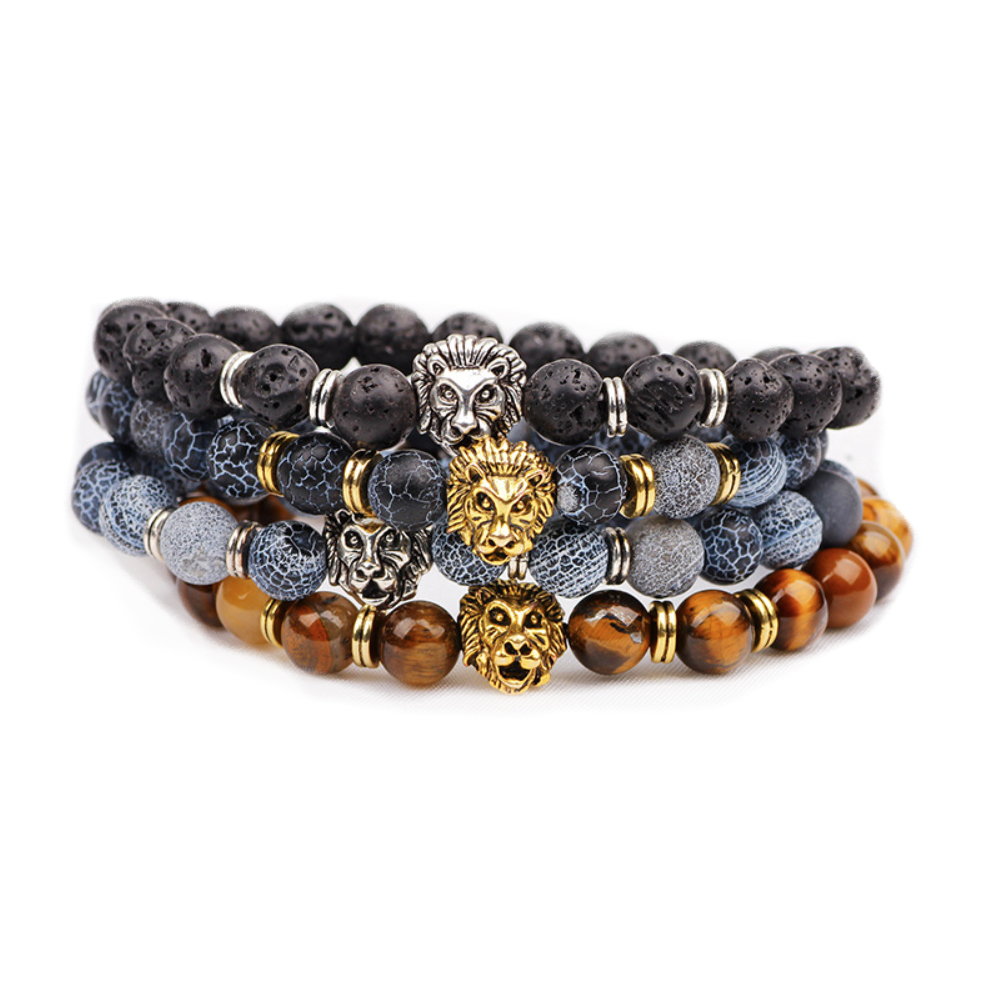 “Save the Lions” Bracelet

“Save the Rhinos” Ring 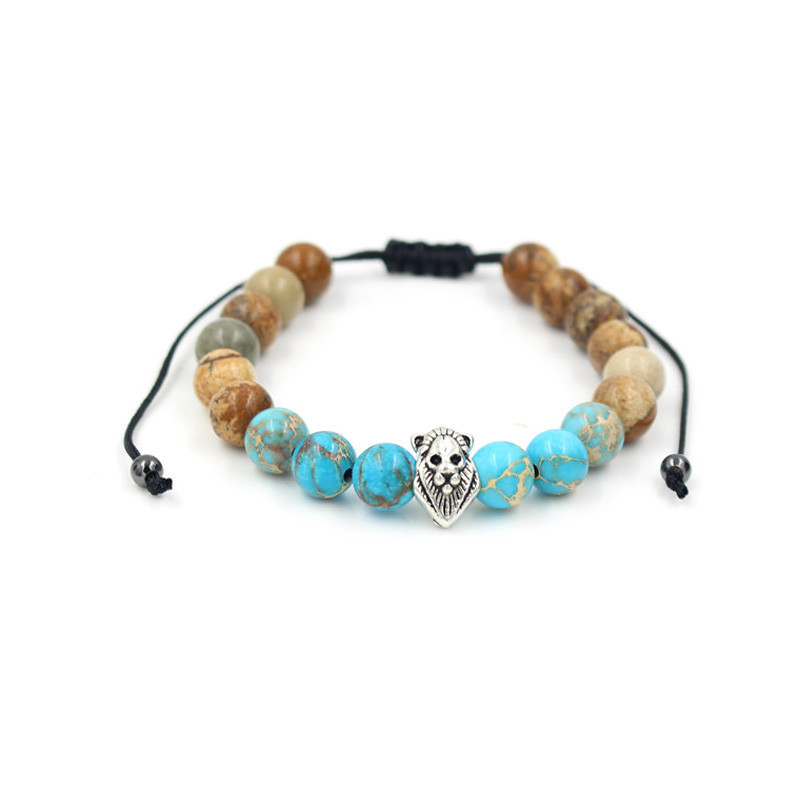 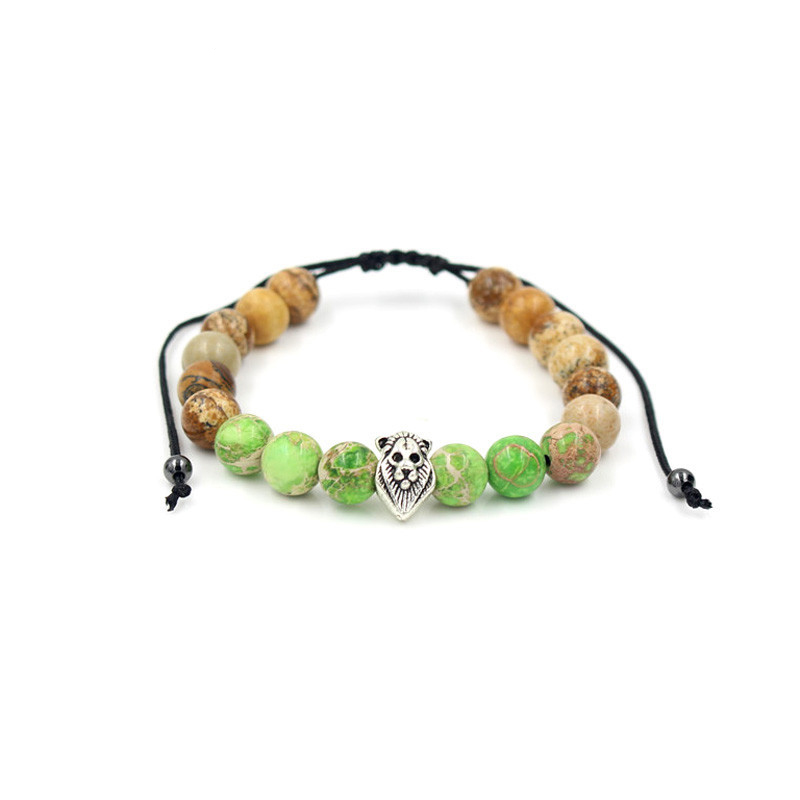