The iconic black and orange stripes of the world’s largest cat species have become so imprinted on our imaginations, that their beautiful pattern has been used to sell gas, cereal, and to represent strength, speed, and “our wild side”. The tiger is one of the world’s only striped animal species. Variations in stripe colors range from white to brown and orange interspersed with black. This natural camouflage allows them to be robust predators of deer and bovine creatures.

The scientific name for all tigers is Panthera tigris. However, there are 6 existing subspecies of tiger: Bengal, Siberian, Indochinese, Malayan, South China, and Sumatran tigers. Three other subspecies of tiger have gone extinct in the past hundred years: Balinese, Javan, and Caspian tigers.

Humans Compete with the Tiger for Land

It is an unfortunate coincidence that the homelands of this striped carnivore happen to be some of the most populous locales on our planet. As humans are always building and encroaching upon grounds once held by the tiger, both species face new challenges.

With their once generous and sprawling grounds fragmented, the cat is forced into a smaller space with new circumstances. The cat that has been cut off from regular prey consumes domesticated animals belonging to local farmers and ranchers.

The tiger faces real threats of being killed or injured by landowners attempting to defend their animals from attack. The agricultural growth in these regions also brings deforestation because it removes the natural cover and habitat of these large cats. 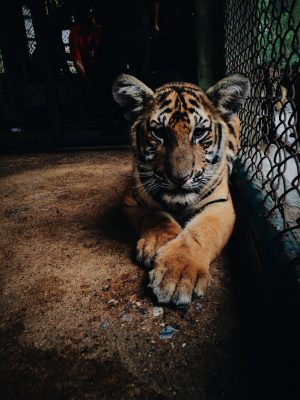 Rising sea levels, a global warming effect, threatens the forests the tiger calls home. Without these coastal forests, the animal’s camouflage ceases to provide protection, and they are left vulnerable.

While the cat is highly adaptable, changes caused by global warming are rapidly outpacing the feline’s ability to adapt. The mangrove forest of the Bengal subspecies has joined the sea ice Arctic habitat of the polar bear as the global habitats most profoundly affected by climate change. 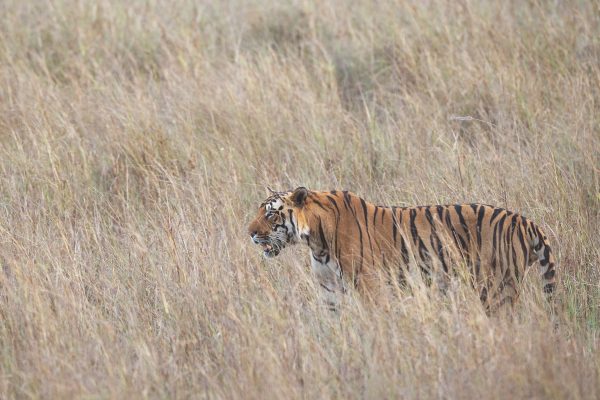 Illegal Poaching and the Black Market Take a Toll

Poaching is the most serious threat to tigers. Every part of the tiger is traded in illegal wildlife markets. Parts of just one tiger can fetch up to $50,000 on the black markets. Body parts are often used in traditional Asian medicine and their pelts are viewed as status symbols. It’s a vicious cycle: as more tigers are poached, more parts end up on the black market, which creates and increases demand, which in turn increases poaching.

The stunning fur that makes the tiger one of the most recognizable cats also, tragically, makes it a target for profit-seeking hunters and poachers. The pelt of this impressive creature is desired for ornamental decoration and as a status symbol.

The skin of the animal fetches a high price as practitioners of traditional medicine use it as a cure for fevers believed to be caused by the spirits of the dead. Despite laws protecting the tiger population from illegal hunting, countries often have severely limited budgets for enforcing them, and thus fight a losing battle against the black market.

If a female cat is poached, she may leave orphaned offspring behind that will be vulnerable to attacks by man or other predators. Likewise, her death is another blow to a dwindling species gene pool and means one less potential mother to a new generation that would replenish the shrinking tiger numbers.

A poached male leaves his status in the area behind, creating a potential competition for dominance among the other masculine cats of the region. His death also diminishes the species gene pool. Poaching in China and Indochina has become so pervasive that thousands of acres of previously inhabited forest lie empty of tiger inhabitants. 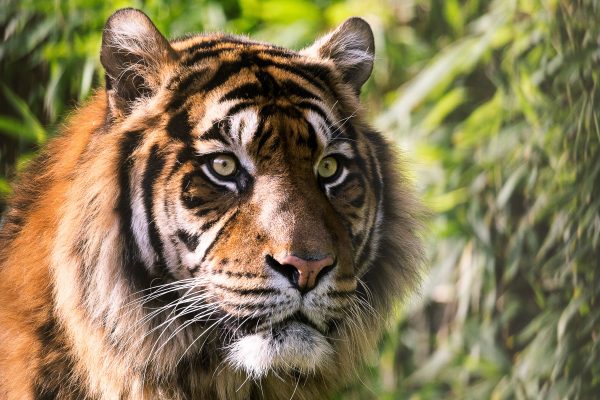